Muhammad Ali was a famous boxer, motivational speaker, philanthropist, and activist. He was born on 17th January 1942. Boxing was his passion at the age of 12 he started boxing, and he had a very successful career as a boxer as he became a professional boxer. His record consisted of 56 wins, with only 5 losses and 37 KOs. Many loved him for his personality and him as a person besides his boxing abilities. At birth he was given the name Cassius Marcellus Clay, Jr. Later in life he decided to become a Muslim, and therefore his name was changed to Muhammad Ali, a well-known name in Islam. In his later life, he became ill and was diagnosed with Parkinson’s disease. After many years of suffering, he died on 3rd June 2016. These Muhammad Ali quotes are inspirational and motivating, a lot can be taken away from these quotes, these quotes are on, life lessons, life goals, and the meaning of life. 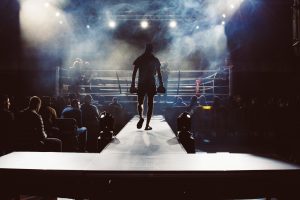 Make your girlfriend a princess, and you will automatically become a prince. You are the prince of your girlfriend’s heart. Loving girlfriends are those who do not keep any secrets from their boyfriends and stay loyal to them. Your girlfriend is the one who always supports you in every situation and never leaves you alone […]

35 Quotes On Girls By Famous People

There are many types of girls; vulnerable, savage, sensitive, empowered, wild, and optimistic. All these types of girls know how to manage themselves and their lifestyle. Girls are possessive and protective of their loved ones and know how to take care of their beloved ones. Girls are known to be good at multitasking as they […]

Mark Zuckerberg is a technology entrepreneur from America. He is the co-founder and the current Chief Executive Officer (CEO) of Facebook. Mark was born on the 14th of May in 1984. He was born and raised in New York and attended Harvard University before dropping out to pursue his ambition to create Facebook, which went […]