Henry David Thoreau, born on July 12, 1817. He was an American environmentalist, author, poet, and philosopher. He wrote Civil Disobedience in 1849. Civil Disobedience is not about lawlessness or disobeying authorities for its own sake. It is about a love of government and making it the best that it can be. Although Thoreau’s work, in general, was underrated at the time, his work, became massively influential in the next century. It is useless to whine and complain about the government because that government is you. You have chosen it. It is a government for the people and by the people. Henry David Thoreau quotes will help us understand his thoughts on the government, and how change is important in moving forward positively.

Henry David Thoreau supposed that a government’s main purpose is to support goodness and justice for its citizens. If a government is acting unfairly, then it is the mistake of the people, and the only course of action is to change it. He discussed a lot on slavery and how it was a hot problem, and slavery is a noticeable subject throughout his work. Thoreau thought that slavery was wrong, and a government that behaved immorally by allowing it was not a government that acted in his best interests. Because of this, he denied paying taxes as a protest against his idea of civil disobedience. 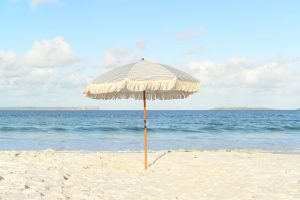 Jennifer Lawrence was born on the 15th of August in 1990. She is an American actress who is 28 years old currently. She gained mainstream popularity due to starring in box office hits in Hollywood. As a child, she used to take part in church plays and recitals. When she was 14 years old, she […]

35 Quotes About Being Yourself By Famous People

Knowing yourself and identifying who you are is the best action to take in the world we live in today, the more quicker you know your values and your capabilities you will thrive and be the best of yourself in whatever you do. With this, you will appreciate your life and learn how to deal […]