Henry was born in 1863 on a family farm in Michigan; Henry Ford exposed great talent for machinery repairs early on in his life. Mainly attempting to make daily farm life easier for his family, he studied every possible mechanical angle of farm machines and tools. At the age of 16, Henry started working as a trainee machinist studying how to operate and repair steam engines for the next three years. While nurturing his natural abilities and developing engineering skills, Henry Ford supported his family by running sawmill. Soon enough, Edison Illuminating Company spotted the young talented man and offered him a job as an engineer. Henry Ford quotes are inspirational, his sayings will give you the energy and motivation required to keep moving forward in life.

It proved a wise decision on the company’s behalf since he became Chief Engineer shortly after and gave a new impulse to the entire company. At that time Henry Ford had sufficient money and security to follow his dreams and explore internal combustion engines. Remembering it is hard to imagine life without cars. Ford Motor Company grew at a tremendous rate in the early few years, as demand greatly exceeded supply. Father and son managed to combine their ideas in a way that allowed the company to keep sound principles of affordable cars for every market segment. 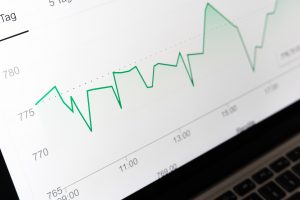 Dreaming is believing. Achieving something great in life requires you to have dedication and passion towards something you are working towards. People who are motivated and focused on their dreams and goals can achieve anything in life. They seek knowledge, stay determined for what they want and get rid of distractions. Successful people have gone […]

Women are strong and powerful beings. A woman should always feel confident about herself and what she does. A man and a woman are strong in their own way. Many women don’t feel confident in their abilities, this is something that pushes them back in life. These successful women quotes are inspirational and motivating, women […]