Guys exist in many types, some are arrogant, soft-spoken, confident, mysterious, hardworking, assertive, stylish, and many more. Attractive guys are those who are good in manners. Loyal guys are attractive. They make a quality circle of friends and love to hang out with them. Guys who are career-oriented and have high goals are elegant as they work hard to achieve their goals and maintain their careers. These man quotes by famous people will help you understand how men are from other people’s perspective.

Guys are independent and casual. They analyze situations with ease. They are more likely to handle problematic situations as they are more sensible in a relationship. They have a positive approach for everyone.

It is said that guys are more romantic than girls. Those who genuinely love a girl can neither cheat her nor leave her. They are the real gentleman who stays loyal to their girlfriends and wives and wants to spend their whole life with them. 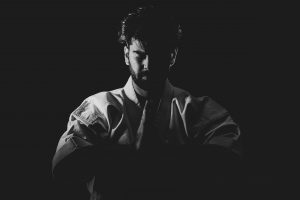 One bad day should not ruin the rest of days, we should learn to overcome the negative and work on the positives. If things are going well in life, work to continue this positivity, this will help you feel happier and enlightened. If you come across a day where you are feeling down and you […]

Dwayne Douglas Johnson, who is better known as “The Rock” by his WWE fans, is an actor, producer, and wrestler from America. Although “The Rock” has retired from professional wrestling, he is still recognized by his fans for his work in Hollywood movies. Dwayne Johnson was born on the 2nd of May in 1972. He […]