Jordan Peterson is the author of “12 Rules for Life” this book is an international bestseller. Peterson comes over as uncertain when it comes to the question of the existence of God. The book implies that the human capacity for immorality and disgraceful behavior legitimizes the view of ‘original sin’. This he admits is very disliked in modern knowledgeable circles. The concept of original sin is mistaken although, sin is real enough. But only if we regard it as our blocking the divine life rolling into us through badly going against it. We do this when we go against our inner integrity of what is deeply meaningful. People either like or hate this author. 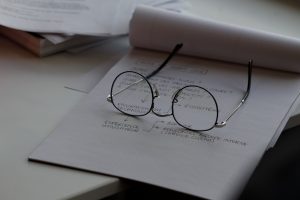 Reading books will allow you to gain knowledge and wisdom, reading a book will help you get creative and positive. Utilize your time well, you have 24 hours in a day, spending 20 to 30 minutes reading a few pages of a book daily will be a good journey towards attaining goodness in life. Through […]

Profession: Football Player Year Of Birth: March 29th 1991 Current Team: Chelsea F.C. Nationality: Malian & French Position: Midfielder “I try to find the striker, to be more offensive and cause problems for the opponent and I think it went well. But we have to keep working hard in training and I hope in the […]

Art plays an exciting role in the private life of the person as well as in the social and financial development of the nation. The study of visual arts inspires personal development and the attentiveness of both our cultural legacy and the role of art in society. The learner gains personal knowledge, skills, and abilities […]