If you have noticed that you are feeling lazier than usual, and are wondering how to overcome laziness, you might be considering the wrong thing altogether. Sometimes, the answer to the question of how to control laziness isn’t all about how to stick to a plan, but how to take better care of yourself, so you have more energy. Get more rest. If you’re feeling lazy, you might be fatigued. If you haven’t been sleeping properly, then your body is not functioning at its peak, and you might just need a few hours of extra sleep every night to get you back on top form. These laziness quotes are interesting and fun to read.

Get some exercise. Exercise is actually a great energy booster. Going for a run will definitely energies you, and make it easier to overcome your laziness. Eat healthier. Habitually, being dehydrated, or bloated, can leave us feeling tired, listless, and lazy. These health-related tips may not make you overcome laziness completely, but they will make it easier to focus, and once you’re attentive, you should be able to find other solutions to how to overcome laziness. 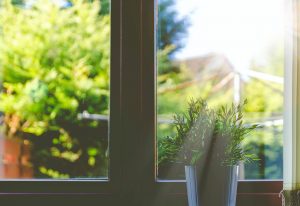 50 Quotes On Beauty By Famous People

True Beauty lies from within. You must learn to accept yourself for who you are. We are all beautiful in unique ways. Life teachers us to appreciate everything we have, embrace the beauty you were given and live a happy life. We should not compare ourselves with others. Self-acceptance is an essential element of living […]

Jim Carrey is a comedian, musician and an actor from Canada. He was born in Newmarket, which is a suburb in the city of Toronto in Ontario. Jim Carrey was born on the 17th of January in the year of 1962. He is currently 57 years old now. Jim Carrey was raised in a Roman […]