The power to achieve greatness in life is inevitable. We all have the power to lift ourselves up and to work hard to go far in life, and to achieve great success. All humans on this planet have the inner power to create a future that is bright and rewarding, it takes a lot of patience and dedication to achieve what you want in life. There are people who don’t believe in themselves, these people have no courage and determination in achieving their dreams in life. When you come across people who need some sort of push and motivation, encourage them and explain to them that they have the power to achieve whatever they want in life by having a focused and determined mindset. These quotes on power will motivate you to get started and it will inspire you to take action on your dreams. 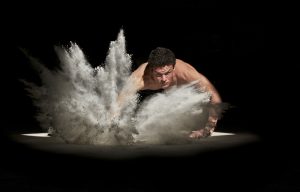 Sunlight gives life to everything on earth. We, humans, have adapted to sunshine as a health mechanism that sustains us supports our immune systems and helps us to fight off diseases. One of the most significant aspects of sunlight and sunshine is its ability to flood the human body with Vitamin D. Despite what you […]

Leadership is not for all. Not everyone is capable of being a good leader. Leadership is all about solving the problems of people. Great leaders are those who are clear and concise at all times and surround themselves with great people. They are an inspiration to other people and always choose to lead from the […]