Toni Morrison started her life on February 18, 1931, in Lorain, Ohio, then her parents moved to get escape from the problems of southern racism. Morrison is the second of four children. Her father’s family, in particular, had faced a great deal of discrimination. Due to these bitter memories and the racial troubles she endured during her childhood, she maintained a strong distrust of whites throughout her lifetime. Morrison graduated high school with honors in 1949 and went on to attend Howard University in Washington D.C. Morrison was one of the most famous black writers from the United States of America. She got Nobel Prize for literature in 1993 and a Pulitzer Prize in 1988. She was known as one of the most crucial novelists of the twentieth century. Toni Morrison quotes are inspirational, we need to read inspiring quotes to motivate ourselves to do well in life.

Her novels are taught widely worldwide like in literature, history, women studies, and African American studies programs. Her first novel, The Bluest Eye, was published in 1970 about a young African American girl who believes her very difficult life would be bettered if only she had blue eyes. Her second novel, Sula, which was published in 1973 was about the dynamics of friendship and the expectations for conformity within the community. She made her debut as a novelist in 1970 and soon gained the attention audience. 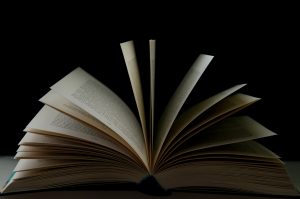 50 Quotes On Thoughts By Famous People

A thought is an opinion or an idea that is produced through thinking or a sudden occurrence in the mind. It is the process and action of thinking about various aspects, things, objects or people, among other ideas. Our thoughts determine what we do, act and react in our day to day lives. After someone […]

What is meditation? Meditation is the act of refreshing your mind and seeking inner peace. Meditating is important in many people’s lives. When alone, it is usually the best time to let the thoughts in your mind free and to reflect upon yourself. When is the best time to meditate? People consider meditating when they […]

Having a good day requires you to be positive and cheerful throughout the day. In life, we should aim to keep ourselves positive through the downfalls of life. When you are faced with negativity in life, find ways to overcome these negativities as soon as possible, because negativity will only keep you down in life. […]