Endurance is something that will take you far in life, the more effort you put into something the closer you come to achieving your goals and objective. Life is all about taking action, the successful people have all taken action to get to where they are today, for example, the great businessman, Jeff Bezos worked many years to achieve what he has achieved today, his empire is unimaginable, without action and hard work this would have not been possible. These endurance quotes are inspirational, in order to achieve greatness, you need to plan ahead and take action. 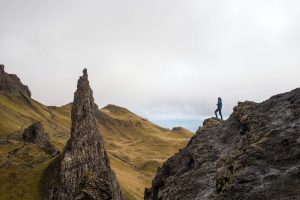 In life, we should be funny, happy, and exuberant, whether it be it Saturday or any other day, we should keep ourselves energised and happy. Saturday is a day to relax back and regain energy. The weekends are all about having some time to do what you want, our lives are always busy, the weekends […]

John Wayne was born on May 26, 1907. His real name was Marion Robert Morrison. One of the most iconic movie stars of all time, he offers anyone a feeling of security, honor, and true determination. His films have long since given fans the feeling that someway, in the end, everything will turn out okay, […]

Les Brown was born with his twin brother, on February 17, 1945, in Liberty City, Florida. He was adopted by a lady named, Mamie Brown, a 38-year-old single woman. He is one of the world’s best motivational speakers. Ever since he dusted his own less-than-flattering childhood, his life and his speeches have inspired millions of […]