These father daughter quotes will teach us the great bond between the father and daughter. The love between the both is inseparable. The relationship is strong between the two. A father is someone who is the provider for the family, sometimes the daughters get more attention than her brothers from her father, this is something so adorable, a father has special kinds of love for his daughters. A daughter needs a father in her life to guide her and to provide for her as she grows up, a father is there to protect his daughter, and a daughter is there to look after her dad. The relationship is very special. 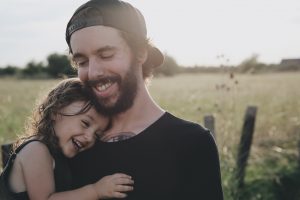 Tom Hardy, born on September 15, 1977, in London, UK. He is known for his good looks, personality, and performances in both offbeat films and mainstream hits. Hardy’s childhood and early maturity gave the little signal that he would one day become a movie star. He was expelled from school, then arrested for ownership of […]

Transformation means moving forward from the way you used to be. It requires huge patience and discipline to create a better life for yourself. You need to have solid self-confidence in your ability to be able to make significant and positive changes in your life. If you want to transform your life, you will have […]

What is time? Is it our continued progress into the future, or is it a system of measuring the simple minutes of hours of a clock? Time is one of the most valuable commodities in our lives. We take time for granted, but it is so precious that many of us regret wasting time when […]