Being brave enables you to stand out and face your fears. Bravery is portrayed through actions. As much as your words may dictate how brave you are, your actions play an essential role in proving your bravery. To be a leader, you have to be wise and brave. You have to speak words of wisdom and courage. Your actions also have to reflect your wisdom and bravery. That way, people will recognize, honor, and trust you. These brave quotes will teach you the meaning of bravery, and how to be brave in life.

We are all brave in our own ways. Being brave is doing what you are afraid to do, no matter the challenges, critics, or fears. For example, to succeed in a war, you have to be brave so that you are able to face your enemies with bravery and courage. 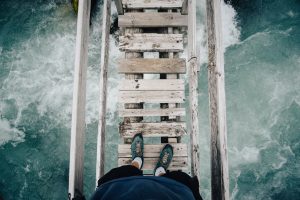 1. “A brave man acknowledges the strength of others.” – Veronica Roth

2. “It takes courage to grow up and become who you really are.” ― E.E. Cummings

3. “Do you have the courage to act outwardly on what you see inwardly.” –  T.D. Jakes

5. “A coward is incapable of exhibiting love; it is the prerogative of the brave.” – Mahatma Gandhi

6. “It is not the critic who counts, not the man who points out how the strong man stumbled, or where the doer of deeds could have done better. The credit belongs to the man who is actually in the arena, whose face is marred by dust and sweat and blood, who strives valiantly, who errs and comes short again and again, who knows the great enthusiasms, the great devotions, and spends himself in a worthy cause, who at best knows achievement and who at the worst if he fails at least fails while daring greatly so that his place shall never be with those cold and timid souls who know neither victory nor defeat.” – Theodore Roosevelt

8. “Physical bravery is an animal instinct, moral bravery is much higher and truer courage.” – Wendell Phillips

10. “The more you are motivated by love, the more fearless and free your action will be.” – Dalai Lama

12. “Being brave means knowing that when you fail, you don’t fail forever.” ― Lana Del Rey

13. “One isn’t necessarily born with courage, but one is born with potential. Without courage, we cannot practice any other virtue with consistency. We can’t be kind, true, merciful, generous, or honest.” – Maya Angelou

14. “Be brave. Take risks. Nothing can substitute experience.” ― Paulo Coelho

15. “We believe in ordinary acts of bravery, in the courage that drives one person to stand up for another.” – Veronica Roth

17. “The important thing is this: To be able at any moment to sacrifice what we are for what we could become.” – Charles DuBois

18.“Fortune always favors the brave, and never helps a man who does not help himself.” ― P. T. Barnum

19. “Your most important “want” should be the one you can control.” – Shannon L. Alder

20. “Courage is rightly esteemed the first of human qualities . . . because it is the quality which guarantees all others.” – Winston Churchill

22. “Bravery is the capacity to perform properly even when scared half to death.” – Omar N. Bradley

25. “Find what you are afraid of, face it, and then you won’t be afraid of it anymore.” – Marilyn Manson

26. “Bravery is the audacity to be unhindered by failures, and to walk with freedom, strength, and hope, in the face of the things unknown.” – Morgan Harper Nichols

29. “You cannot swim for new horizons until you have courage to lose sight of the shore.” ― William Faulkner

31. “Keep in mind that many people have died for their beliefs; it’s actually quite common. The real courage is in living and suffering for what you believe.” – Christopher Paolini

37. “There is a certain enthusiasm in liberty, that makes human nature rise above itself, in acts of bravery and heroism.” – Alexander Hamilton

38. “Of all forms of caution, caution in love is perhaps the most fatal to true happiness.” – Bertrand Russell

39. “The greatest test of courage on the earth is to bear defeat without losing heart.” – R. G. Ingersoll

40. “A hero is no braver than an ordinary man, but he is brave five minutes longer.” – Ralph Waldo Emerson

41. “Bravery is the ability to look fear and hurt in the face and say move aside, you are in the way.” – Melissa Tumino

42. “Owning our story and loving ourselves through that process is the bravest thing we’ll ever do.” – Brene Brown

43. “Whatever you do, you need courage. Whatever course you decide upon, there is always someone to tell you that you are wrong. There are always difficulties arising that tempt you to believe your critics are right.” – Ralph Waldo Emerson

44. “I have not ceased being fearful, but I have ceased to let fear control me.” – Erica Jong

45. “Being brave means that knowing when you fail, you won’t fail forever.” – Lana Del Rey

46. “I believe in getting into hot water; it keeps you clean.” – G.K. Chesterton

47. “Stand for something or you will fall for anything. Today’s mighty oak is yesterday’s nut that held its ground.” – Rosa Parks

48. “Courage starts with showing up and letting ourselves be seen.” – Brené Brown

49. “What would life be if we had no courage to attempt anything?” – Vincent van Gogh

50. “Have the courage to follow your heart and intuition. They somehow already know what you truly want to become.” ― Steve Jobs

35 Quotes On Evil By Famous People

Good and evil are not independent but depended on each other. As soon as a man defined good, evil is habitually defined being the opposite of good. If we define love as good, hatred is automatically known as evil. If life is good, then death is evil. The list is endless as everything in this […]

35 Henry Ford Quotes That Will Help You Reach The Top

Henry was born in 1863 on a family farm in Michigan; Henry Ford exposed great talent for machinery repairs early on in his life. Mainly attempting to make daily farm life easier for his family, he studied every possible mechanical angle of farm machines and tools. At the age of 16, Henry started working as […]